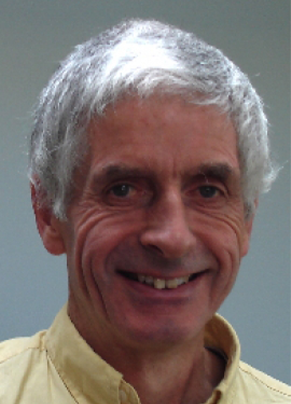 Get to know keyboard plater Alistair as he talks all things the Proms, studying abroad, and garden railways

What & where was your debut gig with The Sixteen?
It was so long ago I can’t remember! It was possibly in Lisbon – the Te Deum by Teixeira, that extraordinary Portuguese composer – too elaborate, ‘over the top’, but wonderful in its way. Was this about 1990? Then over the next few years I was in and out of the orchestra, because I played with a lot of other groups in those days.

What’s been a memorable Sixteen gig & why?
Definitely my ’15 minutes of fame’ – the Prom in 2009 when I played a Handel organ concerto in an all-Handel programme with the Coronation Anthems. I was so grateful to Harry for giving me the chance to do this. And, because we’d played the programme in Choral Pilgrimage concerts all over the country, playing in the Proms didn’t seem so scary!

What’s your favourite Sixteen recording?
It would have to be the Victoria Lamentations, I think. I love that music!

Where did you train/study?
I was an organ scholar at New College, Oxford. Then I went to the USA for two years to study the organ. When I returned to the UK I had church jobs at High Wycombe Parish Church and St Margaret’s, Westminster. I passionately love that repertoire, but gave it up when I realised that I’d rather drag my young children into the Chiltern Hills than into church on Sunday mornings.

What are your hobbies and interests?
I’m having tremendous fun at the moment building a garden railway, which emerges from the shed! I used to run a lot – these days I just walk and cycle.

What else do you do (professionally) when not playing with The Sixteen?
I have my own three-soprano group, Concerto delle Donne, in which my wife Gilly sings. We’ve recorded Carissimi and Charpentier and sing mainly 17th century Italian and French repertoire. Sometimes we expand the group to as many as fifteen sopranos! And I’m principal keyboard player with The Academy of Ancient music. I also play regularly with my Sixteen Orchestra colleague Theresa Caudle’s group Canzona, and teach with her on courses at Benslow and Jackdaws. I also have four grown-up musical sons, whose musical activities range from composing for adverts (Laurie), playing in reggae bands (Sam), orchestral trumpet-playing (Jack) and, in the case of our youngest (George), playing the baroque cello, so I have a special interest in his development!

Please tell us a little about your instrument.
I play mainly harpsichord with the orchestra. As far as the harpsichord goes, I came to continuo playing from the wrong direction. François Couperin wrote ‘play solo pieces for two or three years before learning accompaniment’ — and I’m afraid I ignored him completely! I’ve always enjoyed accompanying: fitting in with other musicians, trying to work out what directors want.