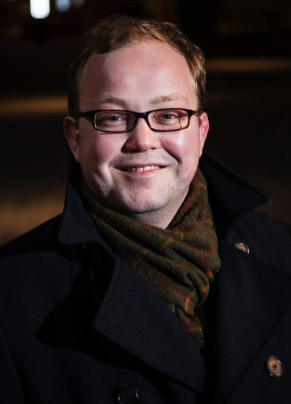 What is your favourite Sixteen anecdote?
When Jeremy Budd thought he’d forgotten his trousers 15 minutes before a concert in Llandaff Cathedral. Much laughter, phone calls to our concert manager Emily and Harry with tears in his eyes. Rather annoyingly he found them with minutes to spare.

What do you do to relax in your spare time?
A little cooking, TV box sets and getting the creases out of my tails before the next Choral Pilgrimage concert.

If you could perform in any venue, what / where would it be?
I would love to return to Sydney Opera House. Last year when The Sixteen performed there is a blur because I was so in awe of the place.

Is there a piece you have fallen in love with since performing it with The Sixteen?
Handel’s Dixit Dominus. I don’t know if there is a more exciting and thrilling piece out there to sing.

What has been the most challenging piece of music you have ever performed?
Poulenc’s Figure Humaine. We performed this a couple of years ago at The Edinburgh Festival. Not only are the notes and rhythms exceptionally tricky but my GCSE French didn’t help out my pronunciation much!

Does anyone in The Sixteen have any annoying or unusual habits?! If so, what is it?
Me. Losing at cards on tour. Every time!

Do you have a party trick and if so, what is it?!
Not yet. But I’m desperate to learn how to shuffle a pack of cards elaborately for when we’re playing on tour…

Who were you, or would you be nervous to meet?
If I’m being honest, Harry. I first met him for my Genesis Sixteen audition in 2011 and I was very nervous. It didn’t take me long to calm down though and realise how lovely a man he is.

What do you think you would be doing if you weren’t a musician?
Probably a professional card player.

What would your ultimate desert island disc be?
The Sixteen’s Queen of Heaven. This was the first Choral Pilgrimage I was involved with as a dep in the group and the programme is just beautiful.

What would you eat for your last supper?
A pizza with each slice covered in a different topping. Variety is the spice of life.

And the obligatory question…What football team do you support?!
I’m not at all into football so this was decided for me a few months ago. A line was drawn between Harry’s team (Arsenal) and my alto colleague Ian’s team (Leicester) and the place nearest to the middle was picked. Milton Keynes. Come on you Dons…