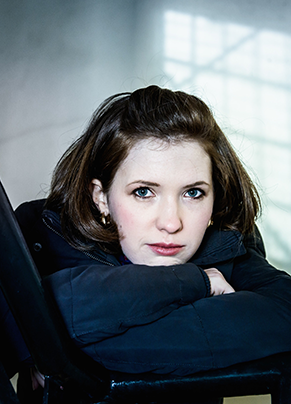 What is your favourite Sixteen anecdote?
When we were lining up for the second half of a concert in Canberra, Kirsty nipped back to the dressing room. We all hid in various places backstage and when she came back, she thought we’d gone on stage without her! Mean?! Perhaps, but it injected some much-needed adrenaline into the second half after a long travel day!! Hiding seems to play a large part in Sixteen anecdotes…

What do you do to relax in your spare time?
Crochet, sewing, reading, attempting cryptic crosswords and I’ve just acquired my first garden so I hope to add gardening to the list soon! And I do own a grown-up colouring book…

If you could perform in any venue, what / where would it be?
Carnegie Hall, because that would take me to my favourite city in the world.

Is there a piece you have fallen in love with since performing it with The Sixteen?
Vox Patris by William Mundy, and all James MacMillan.

What has been the most challenging piece of music you have ever performed?
Poulenc’s Figure humaine. Although that may be superceded by Britten’s Sacred and Profane in next year’s Choral Pilgrimage. I’ve heard it’s fiendish!!

Does anyone in The Sixteen have any annoying or unusual habits?! If so, what is it?
I couldn’t possibly comment!

Do you have a party trick and if so, what is it?!
I can say the alphabet backwards at speed! It’s not the most entertaining but we can’t all be the life and soul eh?!

Who were you, or would you be nervous to meet?
Benedict Cumberbatch. My knees would just go from under me!

What do you think you would be doing if you weren’t a musician?
Architect.

What would your ultimate desert island disc be?
Officially, Elgar’s Dream of Gerontius, but if we’re talking about a real desert island situation, can I take a compilation of my favourite bits of Gilbert and Sullivan?! The entire range of human emotions are contained in their operas and most importantly a huge dollop of irreverent silliness which would get me through the bleaker moments of being marooned! Plus, no one would be around to judge me for it!!

What would you eat for your last supper?
A really good rare steak and chips. And chocolate fondant for pudding. And a lot of mojitos.

And the obligatory question…What football team do you support?!
Southampton by birth, Nottingham Forest by marriage, but I much prefer cricket and the odd bit of Rugby to be honest.