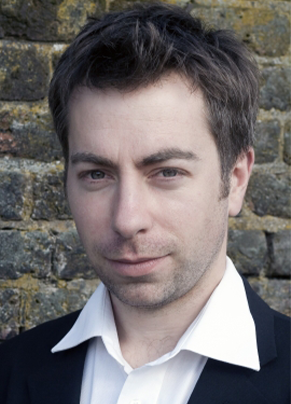 What & where was your debut gig with The Sixteen?
Like many people, my first concert was as a ‘dep.’ for a Messiah in Spain. I was the fourth of four cellos. In such situations you have a choice whether to try to blend in or to express yourself. I remember the sensation of being watched with curiosity by the members of the orchestra as I went for the latter option; I wasn’t asked again for over a year.

What’s been a memorable Sixteen gig & why?
At the Edinburgh festival last year we played two Bach cantatas, Wir müssen durch viel Trübsal and Es ist das Heil as part of a trip including a concert on a grander scale in the shape of Purcell’s Fairy Queen. The Bach involved fewer players, fewer singers, less staging and, consequently, less rehearsal. In fact, the concert day seemed to arrive rather suddenly and I think we were all consequently rather nervous, with some passages being left to the inspiration and adrenalin of the moment (i.e. distinctly imperfect before the concert!). On the night inspiration, adrenalin, or a sort of corporate triumph of willpower over probability took over and we produced not only a rather polished performance but a thoroughly moving and memorable one too.

I was also involved in a performance of Samson eight years ago where, shortly beforehand, I found out from my mother that a terminally ill friend of hers had chosen to come knowing it would certainly be the last concert she attended – news that afforded a mixture of heightened responsibility and extraordinary privilege. I chose not to pass all this on to the principal cellist, Jane Coe, since I thought she was probably under enough pressure already. Afterwards, Tom Randle (Samson) presented his flowers to Jane in appreciation of her accompanying and my mum’s friend said she had chosen her final concert well.

What’s your favourite Sixteen recording?
I’m not much of a CD listener really but I’ve always loved the Bach Christmas Oratorio disc. The way the continuo group and timpani punctuate the opening chorus is truly thrilling. Of the discs I have been involved with I particularly loved making and listening to Catherine Wyn-Rogers’ arias in Messiah.

Where did you train/study?
Westminster Abbey Choir School, King’s College Choir and The Royal Academy of Music – which surely made it inevitable that I would be drawn to a group like The Sixteen.

What are your hobbies and interests?
I’d like to say playing, watching and listening to cricket but increasingly my two boys, Oscar and Louis, take priority during my non-working hours so I’d have to say Lego and extreme playground activites (180˚ swings, 78 rpm roundabouts etc.).

What else do you do (professionally) when not playing with The Sixteen?
I am a member or regular guest continuo player with many groups. In an attempt to increase the proportion of time I spend playing lines other than the bass I am now branching out into some solo playing and also have a fellowship at Southampton University, funded by The Arts and Humanities Research Council of Great Britain, in which I am researching chordal cello continuo techniques used in classical and early Romantic opera.

What football team do you support?
Tottenham (weakly, since world-cup-humiliation-induced football apathy took over, but I’m sure the banter with Arsenal-obsessed Harry will reawaken my enthusiasm come mid-season).

Please tell us a little about your instrument.
Everyone’s surprised to find that my cello is only fifteen years old. It is a copy of an anonymous north-Italian instrument of the late 17th century. The luthier, George Stoppani, couldn’t understand why the original didn’t sound as good as it looked so set about remaking it. In doing so he discovered that much of the instrument’s wood had been scraped away during the nineteenth century (in the vain search for brightness of timbre and projection). My instrument therefore looks the same as the ‘original’ on the outside but is restored to its true original condition on the inside.