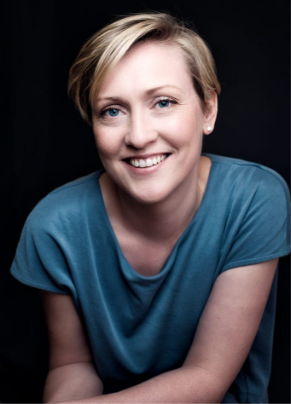 What is your favourite Sixteen anecdote?
I’m not sure I should go into too much detail, but it involves hiding under tables and behind a bar in Spain, and a rather confused bar man. The following day we tried to return to the same bar, but he’d shut up shop and gone on holiday for two weeks!

What do you do to relax in your spare time?
Walking, ideally in the Lake District, with my husband.  Or, when we can’t get there, sewing, cooking, drinking nice wine, seeing friends and attempting to solve cryptic crosswords.

If you could perform in any venue, what / where would it be?
I can’t think of any off the top of my head that I haven’t already been lucky enough to perform in.  Sydney Opera House was amazing, and I would love to go back. Similarly, I’d love to return to the Sagrada Familia and perform when it’s not a very noisy building site! But some of my favourite venues are in the UK – York Minster’s probably at the top of my list.

Is there a piece you have fallen in love with since performing it with The Sixteen?
Definitely James MacMillan’s Miserere. The Choral Pilgrimage 2013 was special as we got to perform it 30 or so times, and take it to thousands of people who might not otherwise have discovered it. I hope the audiences enjoyed it as much as we did!

What has been the most challenging piece of music you have ever performed?
Recently, Poulenc’s Figure humaine. A great discovery for me (I adore Poulenc, and most French music), and plenty of tricky corners to keep me on my toes.

Does anyone in The Sixteen have any annoying or unusual habits?!
Yes!  I won’t say more than that though, as I’m sure I have my fair share.

Do you have a party trick and if so, what is it?!
Not really. I’ve never lived down having danced on a chair in Spain a few years ago (some swear it was a table, but it was definitely a chair), but that’s as close as I get!

Who were you, or would you be nervous to meet?
I can’t think of many, to be honest.  I was a huge Take That fan in my youth (and secretly still am), so probably Gary Barlow!

What do you think you would be doing if you weren’t a musician?
I’d probably be an accountant (dull, but everyone needs one) or a teacher. Or still working in music related admin or management, which is where I started.

What would your ultimate desert island disc be?
It would have to be Bach, without a doubt, but I’d be hard pushed to choose between the Mass in B minor or one of the Passions. I also love his oboe concerti – I spent my GCSE revision period listening to Nicholas Daniels’ recording, and they still have an amazing capacity to make me get my head down and get on with things! Could I take a box set of Bach’s complete works?!

What would you eat for your last supper?
Roast beef (rare), Yorkshire pudding, all the trimmings and lashings of gravy. Preferably cooked by my Mum.

And the obligatory question…What football team do you support?!
I’m afraid I don’t give two hoots about football!